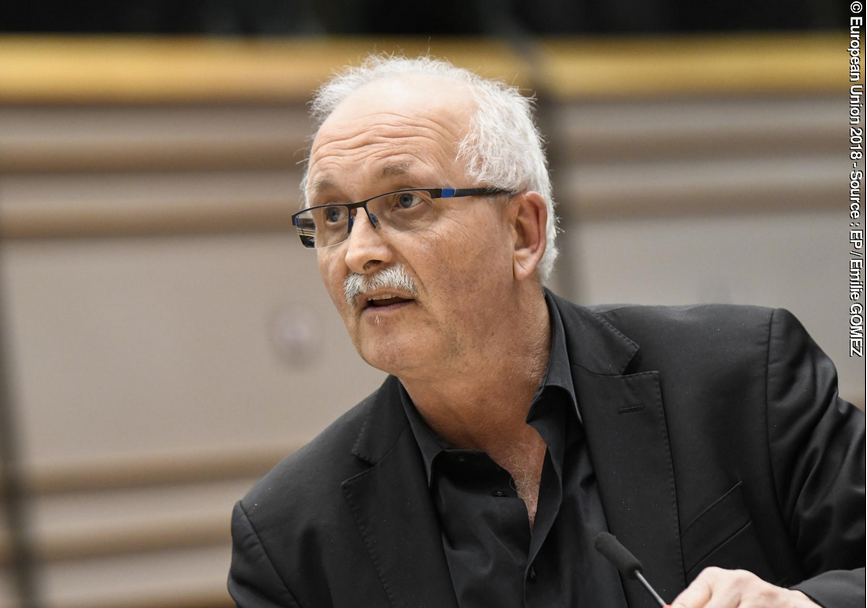 Udo Bullmann is the president of the S&D Group and leads the Group’s 188 MEPs. Find out more about his vision and work.

Udo Bullmann was born in Giessen, Germany, on 6 June 1956. After joining German social democratic party SPD in 1975, Udo immediately became an active member of the party’s youth organisation JUSOS. From 1989-1991, Udo acted as the chairperson of JUSOS in his home region of Hessen. Since December 2016, Udo has been a member of the SPD executive committee and, since March 2017, the executive committee’s European affairs spokesperson.

In 1999, Udo Bullmann was elected as a Member of the European Parliament, where he joined our parliamentary group, then called Group of the Party of European Socialists. Since his election, Udo has been serving on the economic and monetary affairs (ECON) committee. In this work, which saw him take responsibility as rapporteur for a number of legislative and non-legislative files, he has focused in particular on making financial markets fairer and more transparent, on fighting the misguided dogma of austerity policies, and on mobilising strategic investments in order to create sustainable growth and quality jobs in Europe. From 2009-2012, Udo also acted as the S&D Group’s ECON coordinator.

From 2012 to 2017, Udo Bullmann led the German SPD delegation in the S&D Group until his election as first Vice-President of the S&D Group. As Vice-President responsible for economic and social model policy, Udo joined forces with fellow Group Vice-Presidents Kathleen Van Brempt and Isabelle Thomas, to implement a new approach to policy-making. This approach, which builds on the United Nations’ 2030 Agenda and its Sustainable Development Goals, focusses on extensive, cross-committee policy coordination and engagement with civil society, for instance through the S&D’s newly created Progressive Society initiative.

Already before becoming an MEP, the issue of European integration lay at the heart of Udo Bullmann’s political and professional identity. A political scientist by training, Udo went on to earn a PhD and later on a Jean-Monet Professorship in European Studies, both at the University of Giessen. As part of his academic career, Udo also served as a visiting research fellow at Strathclyde University Glasgow.

Udo Bullmann is married and has three children He loves music and football and enjoys literature.